Maurice Smith (Spokane, USA) reflects on the journey through organic house church and wonders what Jesus would have done differently.

Let me begin with a little background. My wife and I have been involved in organic house church since 2000, after several fruitful years in a Presbyterian church. My first organic church conference was with 75 people in Denver, Colorado organized by John White and a relatively new group called House2House.

There I met Wolfgang Simson, Tony and Felicity Dale and others who have become known leaders in the organic house church movement over the years and people I have been privileged to call friends and mentors. Over the years we’ve done radio programs, websites, newsletters, weekly gatherings, area-wide gatherings and more. Then, roughly two years ago, just as we were exploring the possibility of establishing an organic house church association, the Lord spoke to us very clearly and said, “Lay it all down and walk away.” Yep, didn’t really see that one coming. The past two years have been a profound journey of laying down well-intentioned ideas. It has been a season of care-taking two elderly parents on the one hand, while reflecting and writing on what we have learned over the past decade of organic church experience on the other hand. And that’s what this (article) is about. More or less.

Let me make it clear at the outset that we are committed organic church people. We’ve been “ruined” for life by organic church. Organic church is a “value” as opposed to a “structure”. At the heart of that “value” is an understanding that we don’t “go to church,” rather, we “are” the church wherever we happen to be. For this reason alone, organic house church is immensely flexible. Theoretically speaking, there is no building to sell, no staff to fire, no programs to cancel, no overhead to cut. Simply put, the flexibility of organic church means that you and I always have the opportunity to do organic church over again.

So, let’s get started.

If Jesus Led Your House Church

Let’s pretend for just a moment that Jesus showed up and announced that He was going to lead your house church. What do you think He would do? How much time do you think He would spend talking politics or end-time events, arguing over spiritual gifts or the role of women, or which praise CD we should use for worship? The late Michael Spencer once observed that Evangelical Christians want “Jesus on the cover but not in the book”. In other words, Jesus sells well, but no one actually wants to take Him seriously. After all, let’s face reality. If you turn Jesus loose in your church the probability is high that He will make a royal mess of things. He might just tell you (and me) to drop your nets, drop what you’re currently doing, and “Follow Me”. And who knows where that kind of invitation might lead. Like Bilbo Baggins, you might just find yourself on “an unexpected journey” into discipleship and the Kingdom of God.

The first thing I would do is to stop doing nearly everything we have been doing. Yes, even if it means being accused (falsely) of “forsaking assembling together”. Some things need to be forsaken. If that means cancelling meetings and telling people “we’re done” for a season, that’s what I would do. Why? Because, we need to take the time to re-evaluate and re-boot what we are doing.

Those of us who have been involved in organic house church for a while like to say that “Jesus wants His Church back”. It’s a catchy turn-of-phrase and I’ve used it more times than I can remember. So have you. The problem is that, in spite of all our talk, Jesus hasn’t gotten his Church back. Far too often what Jesus has “gotten back” is a group of well- intentioned believers practicing the same religious habits they learned in traditional church, but now they’re doing it in someone’s living room. Soon, old agendas, left over from the last thing we were involved with, re-emerge and organic church has become “re- agendized”. Organic church is now all about (check your favorite): missions, spiritual gifts, worship, teaching, church planting, etc.). Welcome to “agendized” organic church.

I have slowly come to the conclusion that Jesus, too, has an agenda for organic church. Jesus wants to make disciples of the Kingdom willing to walk in radical faith and radical obedience, to walk with Him, to worship Him and to obey Him. That’s Jesus’ agenda for His Church, regardless of where it meets. For this reason alone, if I had organic church to do over again (and, thankfully, I do) I would make discipleship the heart and soul of everything we do. I would focus on a relatively small group of 8-to-12 people. Together we would examine and embrace the same discipleship lessons and
Kingdom values which Jesus taught His disciples. Today we have too many professing believers who demonstrate little or no interest in being disciples of Jesus and the Kingdom, at least not on Jesus’ terms. They are “free range” believers who want Jesus on the cover of what they do, but not in the book. Nor do they have any interest in making disciples on Jesus’ terms. If people aren’t interested in discovering what it means to be a disciple of the Kingdom and to make disciples of the Kingdom, then it’s time to let them go on their way.

There’s probably a fine ministry meeting, conference center or church somewhere in town where the worship music is snappy, the message is short, they have child-care and a bistro and they can do their own thing as “free range” believers with minimal commitment. While that may seem harsh, it isn’t. It’s what Jesus did. He discipled twelve, trained another seventy, and sent thousands of “believers” and would-be followers home. Why? Because Jesus wasn’t looking for followers, or “believers,” or even “laborers” (I believe Jesus used “laborers” as a metaphor for “disciples,” just as He used “wheat” and “harvest” as a metaphor for the unsaved masses). He was looking for disciples. What are we looking for?

Let’s reflect for a moment. Jesus’ challenge and task on earth was profoundly simple. In a span of three years He must impart to a handful of individuals sufficient eternal truth to transform their lives and to carry the message of the Kingdom and a growing Church forward until His return at the end of the Age. The method He chose to accomplish this task was elegantly simple. He would pick twelve unlikely individuals and spend the next three years pouring Himself into them. They would be His “disciples,” his “padawan learners,” if you will. In their company He would preach, teach and model everything they would need to know about the Kingdom of God in order to carry His Church forward after He was gone. Discipleship was Jesus’ plan and method for the Kingdom from now until His return. But is it our plan? Is that what we’re doing?

I have been encouraged lately as I have seen others re-examining the issue of discipleship. Discipleship is becoming a popular discussion topic among writers, bloggers and conference speakers. Hopefully, genuine discipleship will become more than another fad for conference goers, or another mega church book/CD/Sermon/Curriculum program (“40 Days To Discipleship”). Time will tell.

At the age of 58, and having spent the last 18 months helping my wife caretake her elderly parents, I have been reminded of just how short our pilgrimage in this life really is. It is a sobering moment when you realize just how quickly eternity is approaching, and how true it is for each of us that “night is coming when no man can work”. My take-away lesson for this experience with respect to organic church and ministry is simple, yet personally profound. I don’t have time to waste playing church anymore. Not even organic house church. And neither do you. It is time to re-evaluate and re-boot. It’s time to give Jesus His Church back, and in the process, to take on His yoke of discipleship and to pursue organic church and the Kingdom of God the way He originally taught His disciples to pursue it. 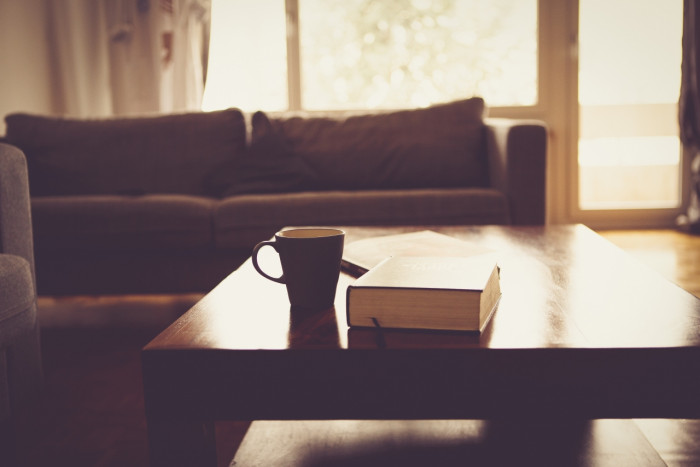 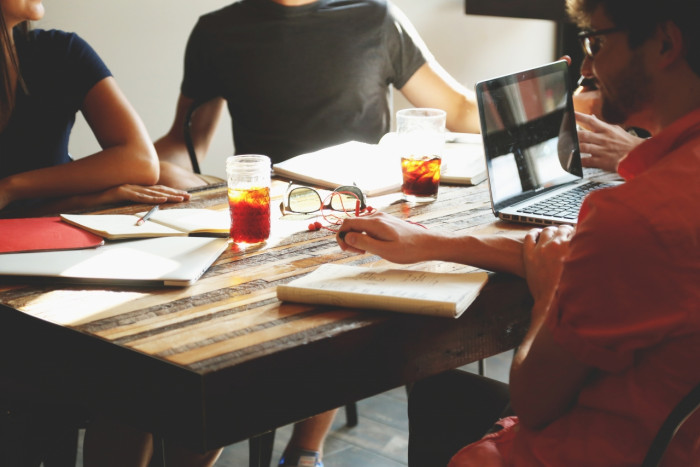 Having visited many missional groups and simple church leaders within Australia I am hearing some needs that seem to be widespread young... 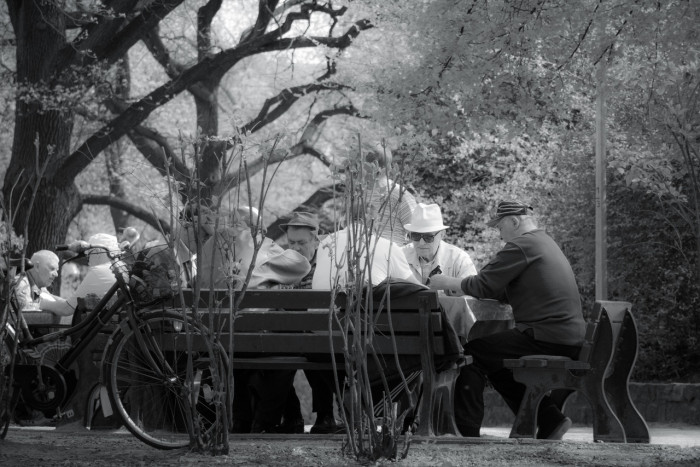 Coming Alongside Not Yet Christians

I am normally not a fan of ten steps to this or five ways to do that. But for one of my recent talks I came up with these six things to... 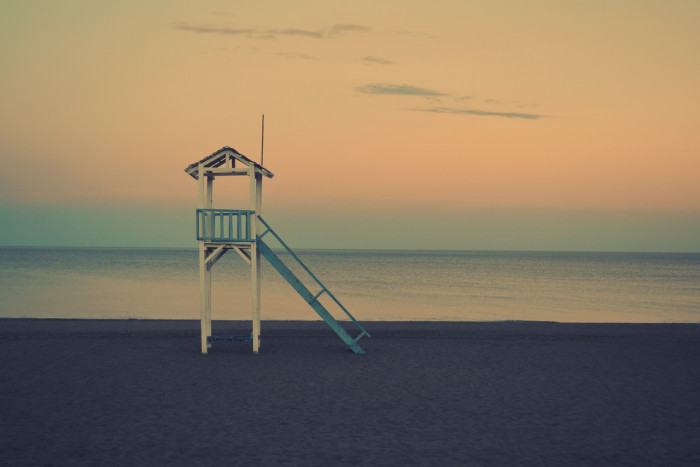