back back to All Posts
Categories: missional, Simple Church
Topic(s): Discipleship, Mission, Movements

Glimpsing several cows through a fog on an unfamiliar road, one might wonder:

“Just how many more cows are out there?” A similar fog obscures progress among unreached peoples. We know movements are multiplying. As through lifting fog, we can now see more than anyone expected!

In the mid-1970s, many were stirred to pray for and go to an estimated 17,000 unreached people groups (UPGs). Attention later focused on the 10/40 Window. But breakthroughs were rare. Few Acts-like movements appeared, and apparent “progress” was largely due to better research.
Today about 7,000 UPGs are listed as unreached.1 However credible reports of multiplying movements reveal that rapid change is coming!
Since 1995, less than 25 years ago, multiplying movements of small, reproducing churches have brought 50 million to faith in Jesus and equipped these new disciples to share their faith and disciple others. It is happening mostly among the unreached, and the pace is accelerating.

Our World, in very round numbers

In late 2015, based on credible reports consistent with movements varied by onsite visits, researchers estimated about 100 total movements globally. By late 2016, this estimate was roughly 130. In May of 2017, Kent Parks reported more than 150 movements.2

Then in mid-2017, the formation of the 24:14 Coalition 3 deepened trust between movement leaders and researchers, and an unprecedented number of movement leaders shared their progress. Credible organizations and networks reported approximately 2,500 movement engagements, 4 including nearly 500 movements 5 that had produced millions of new disciples. As 2017 ended, the count was nearly 650 movements with 50 million disciples!

Why the fog, anyway?

Overlapping terms lead many to think of a church planting movement as just faster church planting. In fact, movements have a different focus than church planting. Church planters typically pour vast energy into turning strangers into “family.” Movements that multiply focus instead on sowing God’s word into households and other groups with pre-existing relationships. 6

A few large, well-known, older movements go back 20 years or more and have slowed in growth as they got bigger. However, most movements are new, smaller, and growing much more rapidly.

Mission leaders have shared these reports in confidence, to guide collaborative strategy. They have good reason to restrict their reports to supporters and trusted colleagues because:

• Outside funding has killed off many budding movements.

To date, about 15 known movements have fizzled. But most continue to grow exponentially, and some are multiplying to additional UPGs.
Movements multiply ekklesia faster than they can be readily counted, and terminology and methods for tracking such movements are still emerging. Where onsite verification by a visiting team is impractical, researchers seek detailed reports and independent confirmation.

• And at least 90% of these movements are among UPGs!

These movements are present mostly in multiple locations in a few hundred widely distributed UPGs—in 149 of 234 countries (60%), and nearly 80% of Joshua Project’s people-group clusters.8

Thus, in recent decades, at least 1% of the global population of UPGs have become—not just believers—but obedience-oriented disciples in rapidly multiplying ekklesia!

Thousands of movement engagements have been reported. For this count now of 650+ movements, however, the 24:14 Coalition research team includes only credible reports of movements with consistent reproduction of four or more spiritual generations in multiple streams (Level 5 or higher).9

Thousands more movements are still needed, yet there are many reasons to hope expectantly for the continued multiplication of movements.

Various factors can hinder the growth of individual movements:

• Global attention could increase persecution and other inhibitors.

Yet the global movement count will likely keep growing, through:

• Church planters learning to how to pursue movements

• Unprecedented learning from each other’s successes and failures

• Spontaneous spread of movements to new peoples and places

• Further discovery of what God is already doing

• Aim to bless and disciple families/social units more than individuals.

• Raise up and equip natural leaders from within existing groups.

• Focus more on obeying Jesus than on accumulating knowledge.

• Aim to multiply new ekklesia rather than grow in size.

• Employ simple patterns each disciple can facilitate and replicate.

• Involve disciples more in ministering than in receiving ministry.

• Are invisible at first to outsiders and the surrounding community.

Most believers since the firrst century have had no option but to live provincial lives—without the opportunity to see the unfolding progression of God’s global purpose or grasp our place in it. We have the unprecedented ability to view recent developments with the historical perspective to anticipate what lies ahead.

Christ’s ekklesia was birthed in a prayer meeting—Pentecost. From that event His global ekklesia experienced double-digit annual growth (10%+) only once—from 33–50 AD.12 In that rapid growth, Christ’s ekklesia had no written scriptures or buildings. Instead they had just:

• daily prayer and fellowship with one another

• the empowering of the Holy Spirit

• their testimony of Jesus’ life and work in their lives

Yet by 400 AD the church was centered in dedicated buildings and the annual growth of Christians had slowed to less than half a percent (.5%), where it stayed until the 1800s.

Even two hundred years after Martin Luther launched the Reformation, the growth of global Christianity remained below 0.5%. Then, in 1727, a band of 300 squabbling religious refugees from Moravia sought the Lord and experienced revival. Forty-eight men and women began a 100-year long, 24/7 prayer meeting and sent the rst hundreds of Protestant missionaries.13

In 1738, John Wesley was transformed through contact with Moravian missionaries, and the resulting Methodist movement transformed both England and the United States.14

By 1792, access to scattered reports of the religious state of the world stirred William Carey to write a short booklet—An Enquiry into the Obligations of Christians, to use Means for the Conversion of the Heathens,15 then set sail for India. Carey’s booklet and example stirred a first wave of missionaries to the world’s coastlands, causing him to be credited as the father of modern missions.

Carey’s Enquiry lifted many from a provincial perspective into awareness of God’s global purpose:

In the late 1800s, Hudson Taylor issued a challenge to the interior of China with an effect similar to Carey’s Enquiry. This stirred a second wave of missionaries to the interiors of the world’s continents and fueled the student volunteer movement of the late 1800s and early 1900s. Wesley, Carey and Taylor all contributed greatly to this increase of Christians, from less than a fourth of the world in 1800 to a full third of the world by 1900, and set the stage for the globalization of the Church.

Ralph Winter estimated that, in 1900, 7.5% of Christians 16 were true believers. Between 1900 and 2000 the Evangelical, Charismatic and Pentecostal movements renewed the faith of many, so that by 2000 about a third of the world’s Christians 17 were committed believers.18

In the 1960s, Donald McGavran launched a graduate school at Fuller theological Seminary for experienced missionaries to study together how God had worked in their respective fields. 19 is collaborative learning environment yielded many important insights.

In 1974, Ralph Winter drew on these insights to distinguish two different contexts in which non-Christians are found:

• Reached People groups (15%) accept believers as part of their people.

• UPGs (85%) need a movement before believers will be accepted.

Winter and McGavran urged the launching of movements as God’s means for reaching UPGs, but the problem (peoples isolated from the gospel) was understood and embraced far more widely and rapidly than the solution (launching movements).

Thus, McGavran lamented in 1981 that 90% of missionaries among UPGs were not pursuing movements. 20 A student of McGavran’s told me he later regretted advocating church growth rather than church multiplication.

In 1974, to guide believers in embracing God’s global agenda, Ralph Winter distilled insights from this collaborative
study of seasoned missionaries into a course that later took a variety of forms:

Alongside the strategy coordinators, who were trained during the 1980s and beyond, alumni of these courses have become like Gideon’s mighty men— revealing God’s power through their disproportionate impact.

By the year 2000, perhaps 1,000 missionaries21 were pursuing God for movements among UPGs. As God blessed their e orts, they learned from each other’s successes and failures, leading to multiplying movements that today may rival or even surpass first-century growth.

• Ying and Grace were church planters. Each year, they would win 40–60 people to Christ, organize them into a church, then move to a new city. At the end of ten years, if each of these churches had doubled in size, this could have produced 1,200 new believers. When Ying was asked to take responsibility for an unreached population of 20 million. In the year 2000, Ying and Grace were trained in movement principles and began training disciples to start multiplying ekklesia. Over the next decade, 1.8 million new disciples were baptized and discipled using a discovery Bible study approach, and ekklesia multiplied to 160,000 with an average annual growth rate of 50%! 22 Researchers who later verified this movement with a field assessment team found that these numbers had been consistently under-reported.

• Trevor works among a 99+% Muslim people group. He began by identifying local believers with a desire to bless Muslims and a willingness to experiment. He guided these believers to start multiplying small discovery Bible studies, and to learn from each other’s successes and failures. Each started a movement of discovery Bible studies through which Muslim participants consistently come to faith in Christ. By August 2017, relational sharing and natural migration had carried this network of movements to 40 languages in eight countries, yielding a total of 25 full movements and many more movement engagements. As of January 2018, just twelve months later, this network had spread to 47 languages in 12 countries! 23

• VC reports: “Many missionaries came to my country but did not see the fruit of their labors. We are privileged to see this fruit. We have gone from evangelism, to disciple making, to church planting, and now to igniting movements. Now we have a team of two or more families in nearly 50% of my country’s many villages, and feel con dent that by 2020 we will have such a team in every village!”

God reserves a rare depth of fellowship for those who engage in a grand purpose together. Our intimacy with God and answered prayer are both tied to bearing multiplying fruit (Jn 15:7–8, 15–16).

I have called you friends, for everything that I learned from my Father I have made known to you (Jn 15:15).

The writer of Hebrews declared:

The distribution of multiplying ekklesia remains very uneven. The 24:14 Coalition invites you to help address this injustice.
Let us press in to know the Lord better by joining Him in His pursuit of no place left (Rom 15:23) where Jesus is not yet preached, known, loved and worshipped.24

Let a new generation of darkness hunters arise to bring forth movements in every people and place still waiting in darkness.

When these things begin to take place, stand up and lift up your heads, because your redemption is drawing near (Lk 21:28). 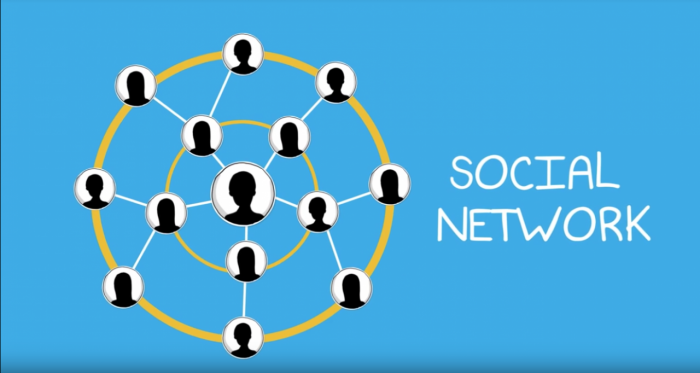 What are disciple making movements?

Disciple and discipleship are "hot" words today. Despite the volume around these concepts, the reality is that little of it resembles... 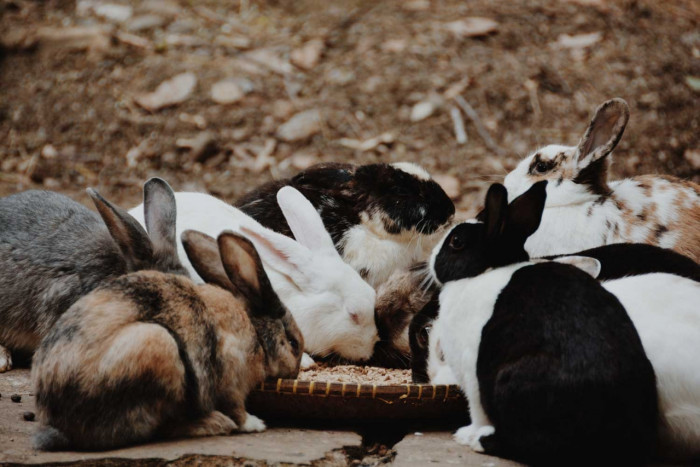 At Oikos, we are thinking about multiplication. With 25.5 million Australians, only 52% identify themselves as Christian – this...