back back to All Posts
Author: Phil Walters
Categories: stories
Topic(s): Mentoring

Hi, Yesterday as I was praying I sensed the Lord reminding me of Galatians 6:9. I felt so encouraged by it as I wrote it into my prayer journal. “And let us not grow weary of doing good, for in due season we will reap, if we do not give up.”

Only two weeks ago I had left the bar quite saddened by my interactions with everyone I had opportunity to talk to. I caught up with DE the Cambodian transsexual who I had prayed with a week or so before and who had been so full of distress and heartache. Now he was full of his own wisdom and pop psychology chasing after the same pleasures that had thrown him into such disarray previously somehow believing that things would turn out differently. KR the aboriginal artist who is one of the most self-obsessed and foolish people I have come across then told me that he had noticed me watching him (I wasn’t) and after some contemplation told me that he was convinced that I was being drawn to him because I somehow wanted to gain some of the wisdom that he had. AN was his usual angry self interrupting any decent conversation I was having to demand that I listen to his rantings about how he wants to blow everybody up and teach them all a lesson. Finally, the one decent conversation I was having with IV about the challenge of the Gospel was completely interrupted and dominated by another loudly opinionated black American lady who decided to add her thoughts, which never ended, and that was that.

Thankfully I put my phone on silent at night as KR attempted ringing me at midnight on Thursday in order to seek my intervention to deal with his increasingly drunk partner BA who had brought home a homeless man he had met in the pub. The next day was dominated by phone calls from both men desiring my help in sorting out the other. I could go on about the madness that sometimes seems to surround me.

So what is the positive side in all this?

JY has been coming regularly to Bible studies and even house church as he seeks out sane company. He is increasingly unhappy with his escort work and his inability to stay away from drugs and booze. His father pays his rent, he gets a pension and he regularly makes hundreds of dollars from his escort services and yet he will visit simply for a decent meal, he never has food in his house, and inevitably he will ask for $2 to pay for his train fare home. No wonder this man who turned 48 last week is increasingly disillusioned at the trajectory of his life. We often talk about spiritual stuff and I try and challenge his bizarre new age notions that bear little evidence of working in his life.

When I turned up at our Bible study group in the pub on Sunday, I had many misgivings wondering whether there would be anyone there. As it turned out, there were extras including the homeless man living with BA and KR and another young man, two years clean from drug addiction, who had been invited by one of our regulars. Andrew Brennan shared a thought provoking meditation on being human that he had prepared for his church which reflected on how Jesus Christ was the only one who could enable us to be truly and fully human. This provoked a lot of good and thoughtful discussion. BA then wanted us to read the passage from Matthew’s Gospel describing the be-heading of John the Baptist. This also provoked more thoughtful discussion. Our homeless friend expressed sincere thanks for the opportunity to be there and both he and the other new fellow really participated well expressing recognition of their spiritual neediness. We finished with a good time of prayer and everybody left feeling as if something worthwhile was taking place. It reminded me again how important having our meeting in a pub is. The sorts of guys that not only turned up, but who also felt able to contribute, obviously are not the sort that tend to show up or feel comfortable in a church setting.

On Monday I received a phone call from WA’s partner letting me know that WA had been in intensive care at RPH after a complete respiratory failure. He was now out of icu and improving. WA’s partner has met me, but shown little interest in spiritual issues and has tended to be very dismissive of WA’s own interest. I sensed God at work in the phone call on a number of fronts. Firstly, I have been very concerned about WA’s health over the last two to three months and have watched him losing what little weight he has and become increasingly haggard in his appearance. Secondly only days before I had found myself praying quite strongly for WA, and in particular praying against the spirit of death over his life. It seems that my prayers were both inspired by the Spirit and directly impacting on WA in hospital hovering on the edge of death itself. Finally, I had been trying to contact WA, and with no response even more concerned – so to hear from the partner was itself an answer to prayer. WA is one of the people I have formed a deep connection with and I want nothing more than to see him find the peace and joy that Jesus alone can bring, especially before his life is taken from him.

Finally, whilst it might seem an insignificant matter, I have found myself reconsidering a time of fasting I had felt called to do last year. At the time God had spoken to me in a dream about undertaking what I considered to be a very lengthy fast. After a second dream I began and somehow with God’s help I managed to complete my fast having lost a lot of weight but none the worse. During the time of fasting I received no deep insights or unusual sense of God’s presence. In some ways I felt a little disappointed as in previous fasts, there has usually been some evidence or blessing that can be directly attributed to the spiritual discipline. During the time of fasting, my wife had an unusual number of very strong words from God regarding her own work and calling amongst women in the sex industry. Now over a year later as my wife starts to bring together her vision for a place of healing and rehabilitation for both foreign and Aussie women wanting out of prostitution I am starting to understand the reason and impact of my time of fasting. Interestingly enough one of my prayers has been that God will enable me to give myself more fully for his Kingdom to come in and through the visions and calling of others, that somehow I might glory in his work through whoever. This has not always been easy for me as I can get so focussed in my own calling and its importance that I have failed to truly rejoice when others are blessed and especially those even more blessed than me. Thankfully I am now feeling deeply grateful that some small price I have paid is being outworked in God’s providence through my wife and that even if my own ministry remains small and struggling as long as God is being glorified and obeyed it is enough.

And one more finally: As I was going through my emails today the young 15 year old living with us began to talk with me, initially about the difficulty of living with his mum. I put aside my emails as he thanked me for being willing to let him live with us. He told me of how much he was amazed when he first came and stayed with us and saw a family that genuinely love each other, even when we have fights. He shared of how the anger that used to overwhelm him was dissipating. He even told me of how much he appreciated being expected to help out with household chores and even doing the garden with my wife yesterday made him feel like a real part of the family. In his own home he never was expected to contribute and he initially feared submitting to some form of discipline when he moved in. Finally, he asked if he might be able to help out with the rehab when it gets going. I was amazed at both the honesty and wisdom coming from this young man as he expressed his appreciation for what had been offered to him. As with his older brother, he is no longer drinking or smoking, and really appreciative that he doesn’t have to anymore.

It is conversations like this that make our ministry deeply satisfying. With someone, like this young man, we have simply offered him a bed in my study and a place in the family. We have sought to treat him with respect and we expect the same discipline of him as of our own children. God is so good! 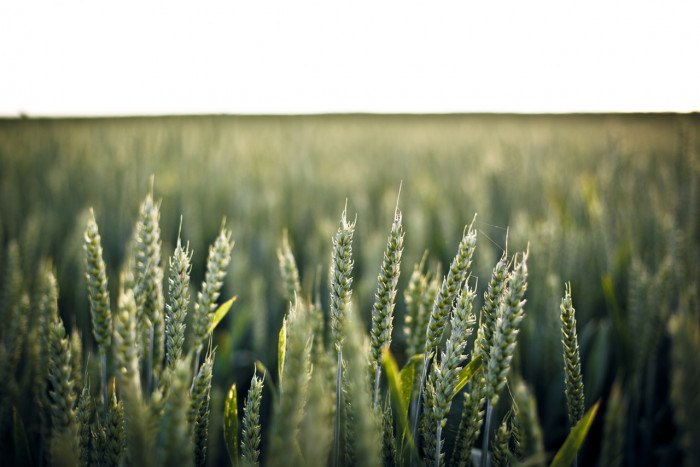 The Sower and the Soils

We saw that only one of the four soil types was described as “good soil”. A good farmer would surely be aware that the three inferior...